The story so far: part one described an application of Open Space Technology for community consultation on the subject of mental health. Part two proposed a thought experiment: wouldn’t it be great if the mental health profession could cure all mental health problems so successfully that the industry wasn’t needed any more? Part three examined some structural reasons why the current system favours diagnosis and treatment instead of prevention.

So, what creative solutions could be applied to these problems?

The group that originally discussed this issue back in 2008, came up with several suggestions. Research indicates the basis for good mental health often starts when we’re very young. I vividly remember the day we brought our beautiful firstborn back home from the hospital. We laid her down, we looked at each other and both said in unison, “So now what do we do?” 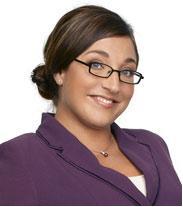 Wouldn’t it be great if parents received some training about how to encourage healthy mental development of their children? Some TV shows have explored this area, such as ‘Driving Mum and Dad Mad’, and ‘Supernanny’.

And why stop at parents? How about some peer support training for extended families and social groups?

Then, once children reach school, wouldn’t it be great if they received training in basic life skills and resilience in handling stressful or difficult situations in later life, such as relationships, emotions, work, money, how to deal with set-backs?

Alcohol is a curse. For the record, if you want to curse me with a bottle of vodka, that's ok...

The Thai Health Promotion Foundation has been doing some really interesting social advertising. Although some of the early efforts are a bit cringeworthy, the confidence and sophistication keep improving and they’re much more fun than some of the drab, ineffectual smoking and driving ads inflicted on Australians.

All this could be underpinned with some more investment in research about underlying root causes of mental illness.

It would also be great to see multi-tiered intervention for people before and after crisis care, along with greater education about the services available, so people are encouraged to seek help earlier. This could include more support for advocacy groups (WAAMH, ARAFMI, MIFWA, and MHPA), better leadership in the political arena, and involvement of some high profile advocates to break down the stigma associated with mental illness.

The other really big solution would be to join the dots between the various government agencies to combine social welfare and housing efforts with health. This would help reduce some unnecessary stresses that make life so much more miserable than it has to be, for people who are already vulnerable. Unfortunately, this is not a new suggestion and I have absolutely no idea how to do it.

Another embryonic idea at the forum was about providing incentives for health professionals to keep people healthy. Imagine if a GP received payment each year based on the number of patients who didn’t require any treatment at all, for anything.

What do you think?

Turning strategy into reality
View all posts by Jonathan Smith →
This entry was posted in Decreasing costs, Positioning for the future, Quality, Two-way communication. Bookmark the permalink.